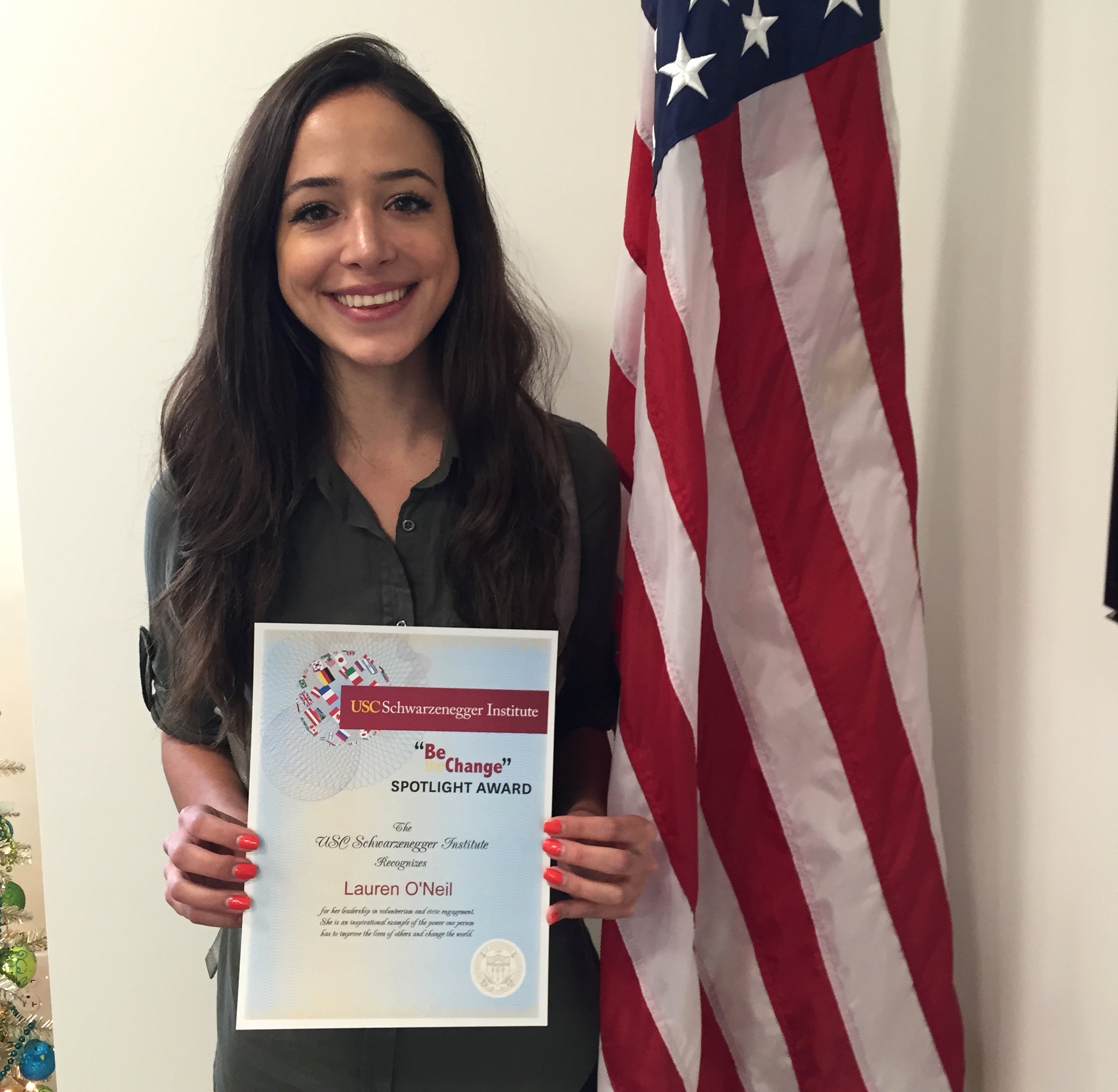 I’ve been President of USC Swipes for the Homeless for the past two years, and was promoted to Swipes Nationals Leadership after only one year. Swipes for the Homeless is an international, non-profit organization dedicated to involving students in raising awareness of the problem of homelessness and hunger through education and outreach. Swipes has donated over 100,000 pounds of food just in Los Angeles and thousands of additional meals around the nation.

Outside the gates of USC lie many less fortunate victims of homelessness and as a privileged community we, as USC students, decided to take a stance and make a difference. During my time as President we have donated over $78,000 to LA Mission, and starting this year we will start donating excess food after Gamedays to First 5 LA which supports children under age 6 suffering from homelessness. I personally was able to increase donation-pledging participation by 73% this past semester, and I know that I can increase this percentage even more.

In March 2012, President Obama recognized Swipes for the Homeless as one of five “Champions of Change,” after a nationwide search and vetting of thousands of applicants. The group was personally invited to the White House and recognized for the impact created on the community.

Last semester I was invited by the Jenzabar Foundation Ceremony to join members of our National Board in accepting the Student Leadership award a $5,000 grant at the 2014 Student Leadership Conference in Cincinnati, Ohio. I was also recently honored by an invitation to attend the 25th Anniversary Tiananmen Square Conference at Harvard University from the Jenzabar Foundation. I recently was able to get Swipes a spot on the Tapingo Application which will allow students to sign up to donate from their phones. This September I've been in contact with Goodwill, Ralphs, and other businesses in order to establish Swipes initiatives and partnerships on a grander scale.

As far as my involvement with Swipes Nationals goes, we are currently promoting an initiative to further centralize the homelessness awareness initiative across a coalition of university and college chapters located throughout the world. Our dual mission is to tangibly and tactically partner with college campuses to alleviate hunger while raising young people’s awareness of homelessness and hunger through education and outreach.   We have spread our mission to a dozen other university campuses and have had students from over 60 universities recently reaching out to us to establish a chapter on their respective campuses.   USC Swipes for the Homeless was recently credited as the school to inspire a Swipes chapter at NYU.

We’ve created a culture of service on campus by educating students on the issue, then organizing service days where they can directly help give back to their own communities and engage directly with the needy removing many of the stigmas related to homelessness.