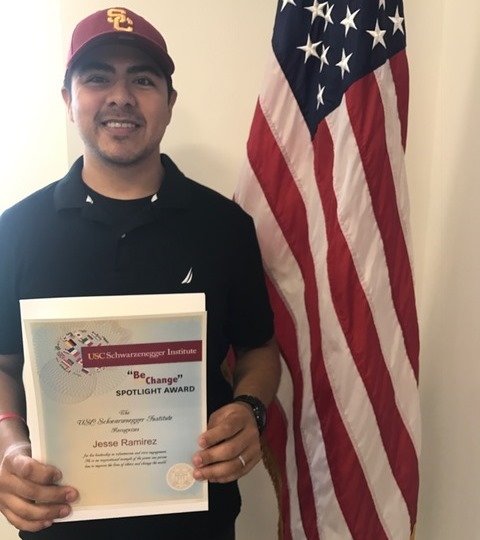 Public service has always been a priority to me, which is why I decided to join the United States Armed Forces after graduating from high school. My six years of military service began with the Air Force for two years at Lackland Air Force Base in San Antonio, Texas; after which I transitioned to the Army, where I was stationed in Fort Bragg, North Carolina. During this time, I was deployed overseas in combat with Operation Iraqi Freedom and experienced firsthand the harshness of war. Placed miles away from my family and friends, I realized the importance of support system both at home and abroad. Inside my camp, we had to rely on each other for matters of life and death. These lessons made me decide to dedicate my life to helping those who lack similar support systems—economically, socially, and politically. At the end of my deployment, the desire to bring aid and justice to those on the margins of any political arena followed me home.

Months after my return, I enrolled in Santa Monica College, where I began my life of public service. As elected Student Trustee, I represented over 30,000 students. In addition to recognition, as with the Dale Ride Scholarship—the college’s highly competitive internship scholarship for good citizenry and academics—participating in student government has honed my critical thinking skills and prepared me for performing student advocacy. During my twoyear tenure at community college, I lobbied for a Men’s Self-Defense Course—which incorporated principles of nonviolence and anti-bullying measures—that was successfully added to the curriculum. I also addressed AB-13, an assembly bill for California which advocated for student veterans to be charged in-state fees. My involvement in student government has enabled me to enrich the college experience for many and has also allowed me to identify my professional calling.

My admission to the University of Southern California has confirmed my devotion to public service. I am surrounded by invaluable organizing opportunities and constant, stimulating dialogue with future colleagues, and interdisciplinary and cross-sectoral research centers. Aside from classes, working for the Warrior Scholar Project on campus and being a member of the Vice Provost’s Military Affairs Committee have taught me the reality of professional student advocacy.

Ultimately, I would like to pursue an elected position in some capacity with the city of Los Angeles or surrounding cities. This will combine my interest in the politics of difference with the delivery of solutions and public service. Since beginning my college journey, I have challenged myself academically, served my community, and prepared for my chosen career path in public service. I wish to continue the path of public service, and an education is essential to be effective in that position. As a “Be the Change” student, I plan to share what I have learned from my experience in the military and in student government to be of even greater service to the university