California has set forth an ambitious goal of generating all of its electricity from clean and carbon-free technologies by the year 2045. The state is planning for this target, outlined in California Senate Bill 100, to be met primarily by several renewable sources like solar, land-based wind, geothermal, along with energy storage and other zero-carbon technologies. Wind energy has long been proven to be a technologically feasible and economically viable option. Moreover, momentum is increasing to include California’s offshore wind (OSW) energy as a complement to the state’s current renewable energy and storage resources.

Given the long time-horizon of California’s electricity planning, it is prudent to be flexible about the range of technological options. OSW has several relative advantages and can complement other renewable alternatives. Currently, OSW is being included in California’s 2019-2020 Integrated Resource Plan (IRP) modeling for the first time. The California Public Utility Commission (CPUC) has also directed the California Independent System Operator (CAISO) to assess the transmission capacity and requirements for large-scale offshore wind as part of a policy sensitivity of the Transmission Planning Process (TPP).

The Biden administration has formally expressed its support for speeding up the development of OSW to the level of 30 GW nationally by the year 2030, including committing sizable funding for loans to the industry and for increases in seaport capacity to accommodate the shipment of the necessary large equipment components. This commitment to OSW appears staunch as well, given that the U.S. Departments of the Interior and Commerce recently approved construction of the Vineyard Wind Project, the first utility-scale OSW farm in the United States. Furthermore, the Biden administration announced on May 25, 2021, an initiative to accelerate California OSW development. Specifically, the Department of the Interior and Department of Defense have delineated a central coast development area known as the “Morro Bay 399 Area”. The Department of the Interior has also stated that it will engage in efforts to advance a potential OSW area on the northern coast adjacent to Humboldt County (The White House, 2021). A robust OSW future appears imminent in the U.S., given that there are 29 coastal and Great Lakes states that could accommodate the resource, and these states have the technical resource potential of over 2,000 GW, equivalent to 7200 terra-watt hours (TWh) of electricity generation annually. This level of output is nearly double the nation’s total electricity usage in 2019, and approximately 90% of projected power consumption in 2050 given a high-electrification future. Based on a National Renewable Energy Laboratory (NREL) study of OSW, the California coast has a resource potential of over 200 GW, which highlights the important role California can play in meeting the nation’s 2030 goal (Musial et al., 2016a).

The California Energy Commission (CEC) recognizes the potential of OSW and worked with the federal Bureau of Ocean Energy Management (BOEM) to identify the best sites in the state, as identified in the May 25th announcement. A recent draft report by a Joint Agency group composed of the CEC, California Public Utilities Commission (CPUC), and California Air Resources Board (CARB) indicates that, under several scenarios including the “core study scenario,” 10 GW of OSW is required to meet the 100% clean energy goal in the state by 2045. The report estimates that this addition of OSW would contribute toward total resource cost savings of approximately $1 billion. Another estimate places this contribution at up to $2 billion in net present value ratepayer savings between 2030 and 2040 for 7 to 9 GW of installed capacity (Energy and Environmental Economics, 2019). At the same time, the 10 GW represents only about 5% of the estimated OSW potential capacity in the state.

Many considerations are typically taken into account in evaluating electricity generation technologies. The major one is the “value proposition,” which is the cost of generating electricity without a given technology minus the cost of generating it with the technology. In other words, it is the cost savings to the system from adopting the technology. This is an example of cost-effectiveness analysis (CEA), which essentially compares the new candidate to the current or projected mix of technologies to determine whether it is competitive in delivering a given amount of electricity.

This narrow characterization of the value proposition, however, has evolved to include other considerations relating to delivery of electricity and beyond, known as co-benefits. One of these is reliability, which differs across energy resources and technologies in terms of variations in daily or seasonal input flows and the prevalence of scheduled and unscheduled downtimes of the technology that transforms the raw energy into electricity. Public policy decisions, on the other hand, are based on many considerations including, of course, the value proposition. These include: direct job creation and multiplier effects on the overall economy, reducing greenhouse gases and ordinary pollutants, and improvements in equity/justice, technological innovation, and broader economic development goals.

In this report, we provide a broad analysis of the economic potential of OSW development in California in terms of the direct benefits of the value proposition and various co-benefits. We begin with an examination of the basic costs of OSW and how its advantages with regard to variability, flexibility, and reliability affect this proposition in relation to gas-fired electricity generation units and solar-battery hybrids combinations that it could displace. We also consider the social costs of carbon emissions from fossil-fuel sources in comparison to the near-zero amounts emitted by the use of this renewable resource. Additionally, we consider impacts on other societal objectives such as equity/justice. A major aspect of the study is the estimation of aggregate and sectoral economic output and employment impacts stemming from the potential development of OSW in California, which are summarized below and presented in detail in a companion report (Wei et al., 2021).

We also examine key challenges to OSW and how they might be overcome. Finally, we examine the prospects of California developing an OSW manufacturing cluster and the number of direct and indirect jobs that this might stimulate from sales within California and to the rest of the U.S.

Overall, offshore wind presents a number of attractive system, economic, and environmental attributes for California’s electric grid and may help to achieve the goals outlined in SB 100. Its value proposition is attractive, as it is increasingly competitive with gas-peaker plants and solar/storage. In terms of reliability co-benefits, OSW has a generation profile complementary with solar, is a consistent generation source with high capacity factors, and, with proper transmission resources, can inject power directly into heavily populated coastal load centers. In terms of environmental co-benefits, it could also be instrumental in the early retirement of costly and pollution-heavy natural gas plants. There is also the potential to avoid degradation of important lands that would otherwise be harmed by the construction of solar and onshore wind resources. OSW promises substantial job creation co-benefits. Moreover, California could reap additional economic co-benefits from the development of a local offshore wind industry, boosting manufacturing and creating still additional jobs. Additionally, OSW has the potential to advance environmental justice through its reduction of ordinary air pollutants in urban areas and can bring economic opportunities to lagging areas of the state.

Some specific examples of the various benefits and co-benefits of OSW include: 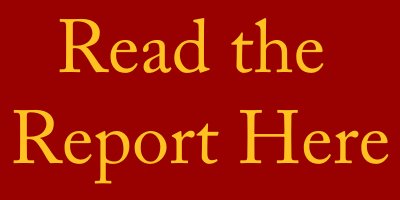